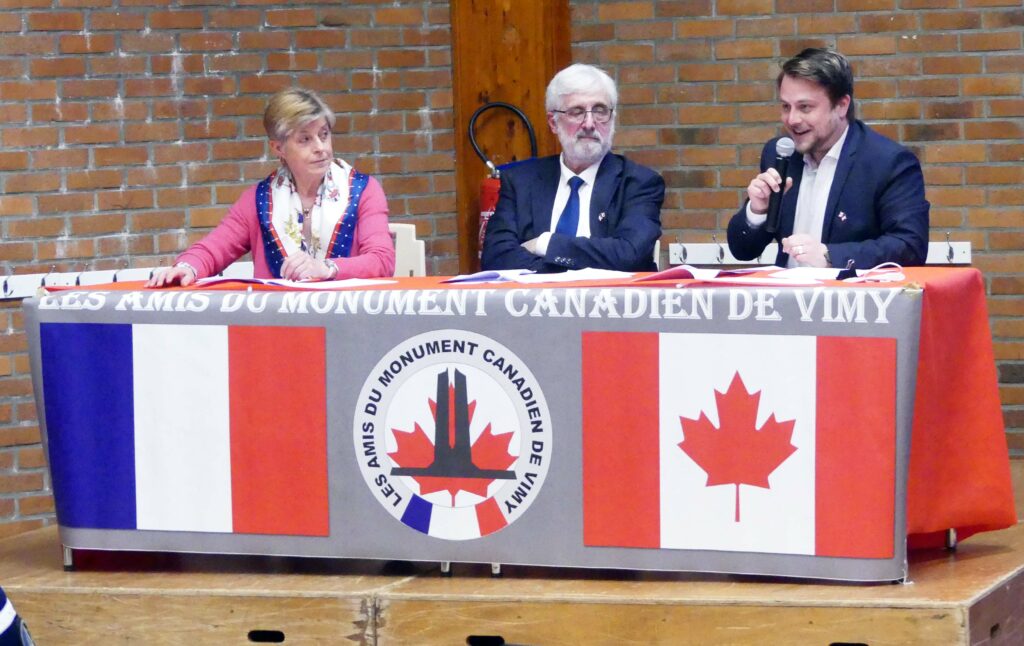 Return to Canada for Jean-Pierre Godbout 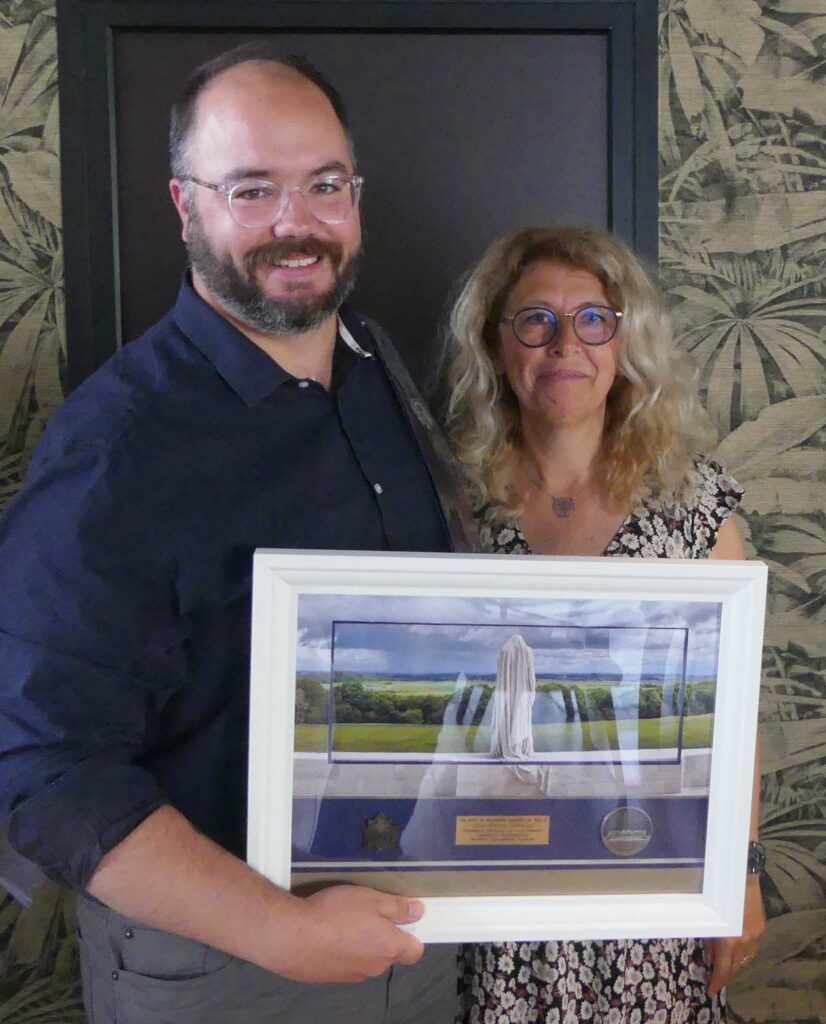 During the pandemic, we did’nt have many contacts, and I must confess that during these our discussions focused mainly on the village of Rivière where you took up residence during your stay in France. That so beautiful village, where I was born, marked my childhood deeply. So, memories inevitably resurfaced, and Nando de Collo, was […]

Final session of 2022 with a new group of guides 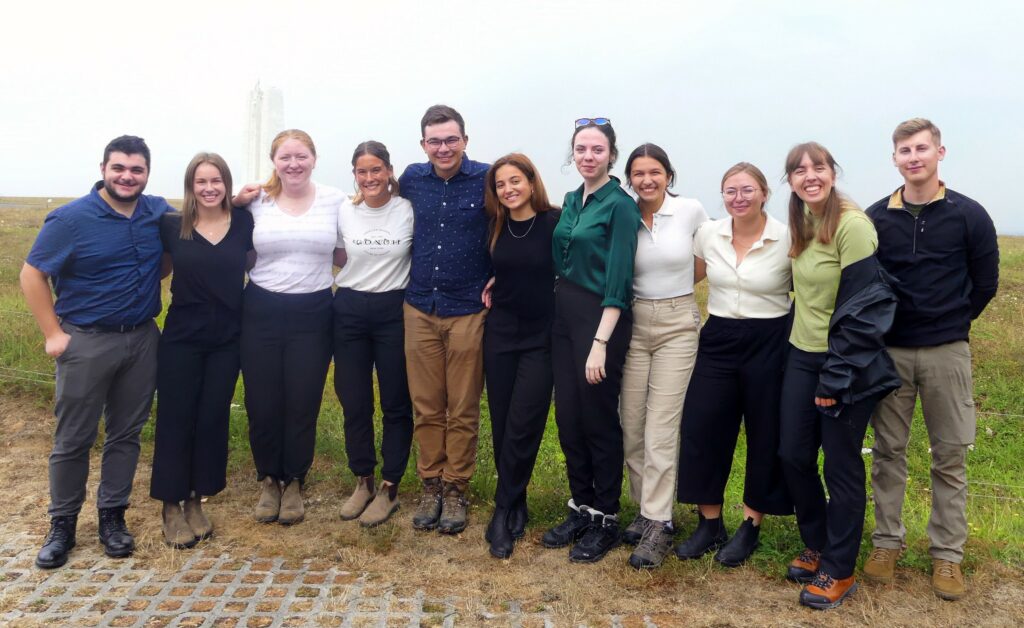 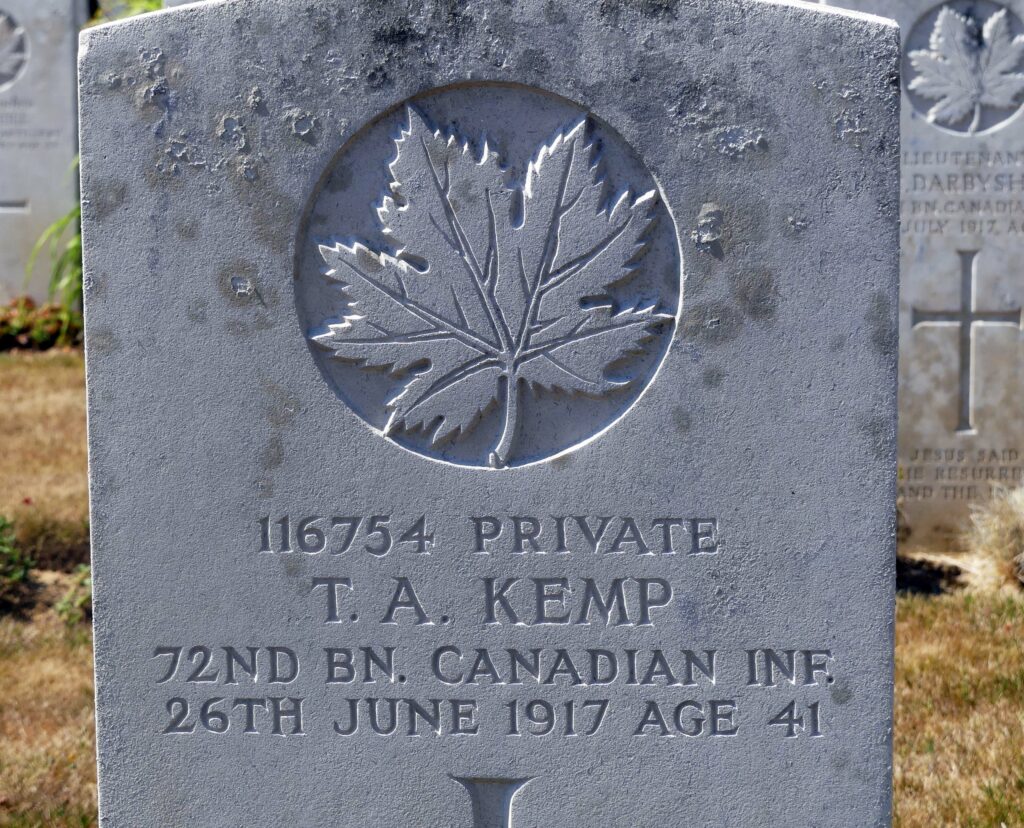 Calgary woman dies after seeing husband’s grave on trip to Vimy Seizure fatal to Mrs. Rosanne Kemp on LinerWar widow dies on Pilgrimage. Seized with a heart attack brought on by the excitement of viewing the grave of her soldier husband near Vimy Ridge on Saturday, Mrs. Rosanne Kemp, 60L Fifth street west, Calgary, died […] 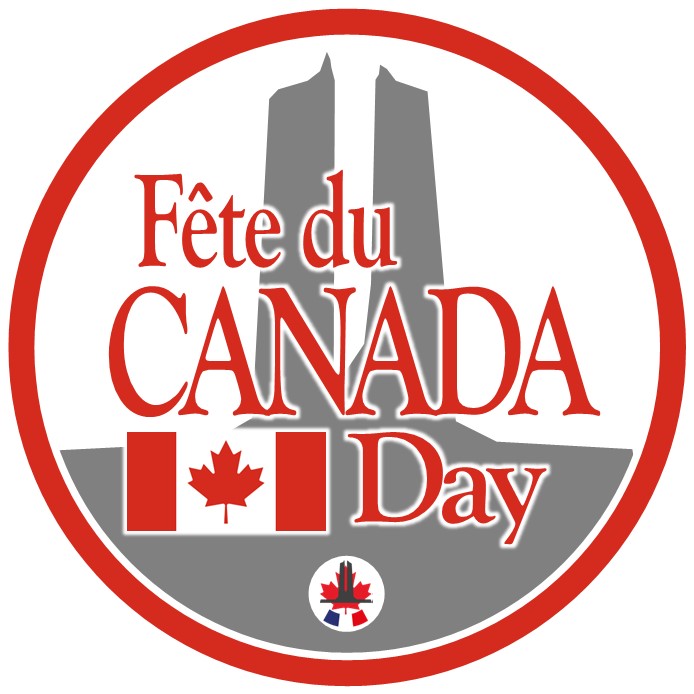 Our association organized its first Canada Day at the Canadian National Vimy Memorial.On Saturday July 2nd, 2022, on the parking  of the Visitors Center, we welcomed more than 600 people, from 1 to 6 pm in our village created from scratch for the occasion. We had set up six barnums dedicated to activities on the […] 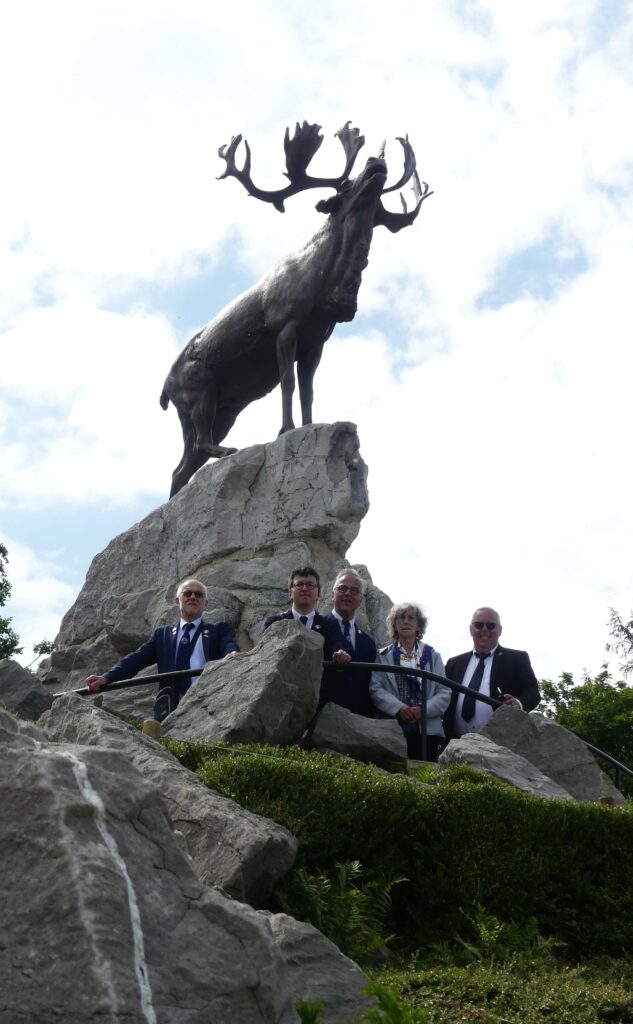 A small group of members of our association participated in the Beaumont-Hamel ceremony this Friday July 1st, 2022. The « Somme Battlefield Pipe Band » was present for the event. Members of the family of Private John Lambert, buried in Ypres the previous day, were present. We had the honour of meeting them. Mr. Fabrice […] 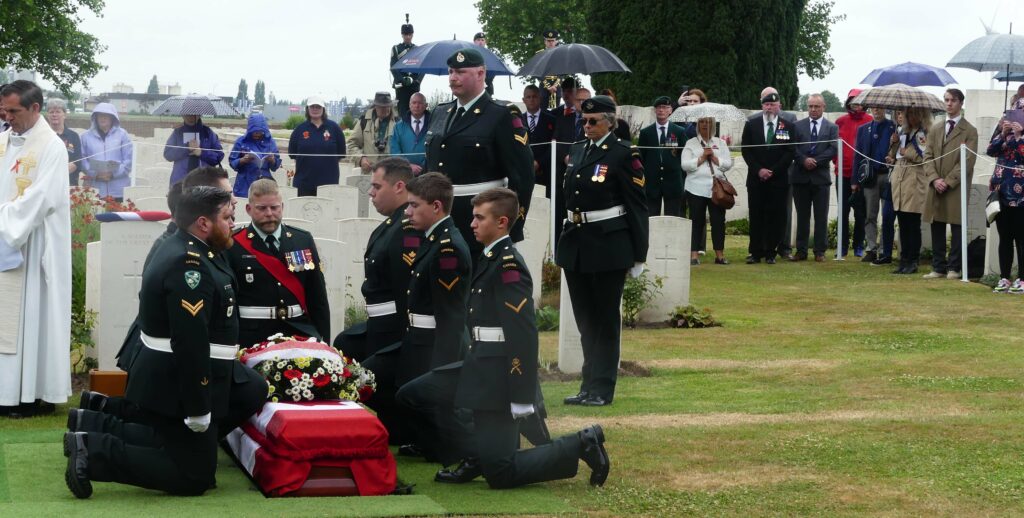 Burial of Private John Lambert by his unit, the Royal Newfoundland Regiment at the New Irish farm Cemetery located in West-Vlaanderen, in Belgium. Private Lambert died in August 1917 during the battle of Langemarck. He was 17 years old. His remains were discovered in 2016 and Canada’s Department of National Defense announced his identification in […] 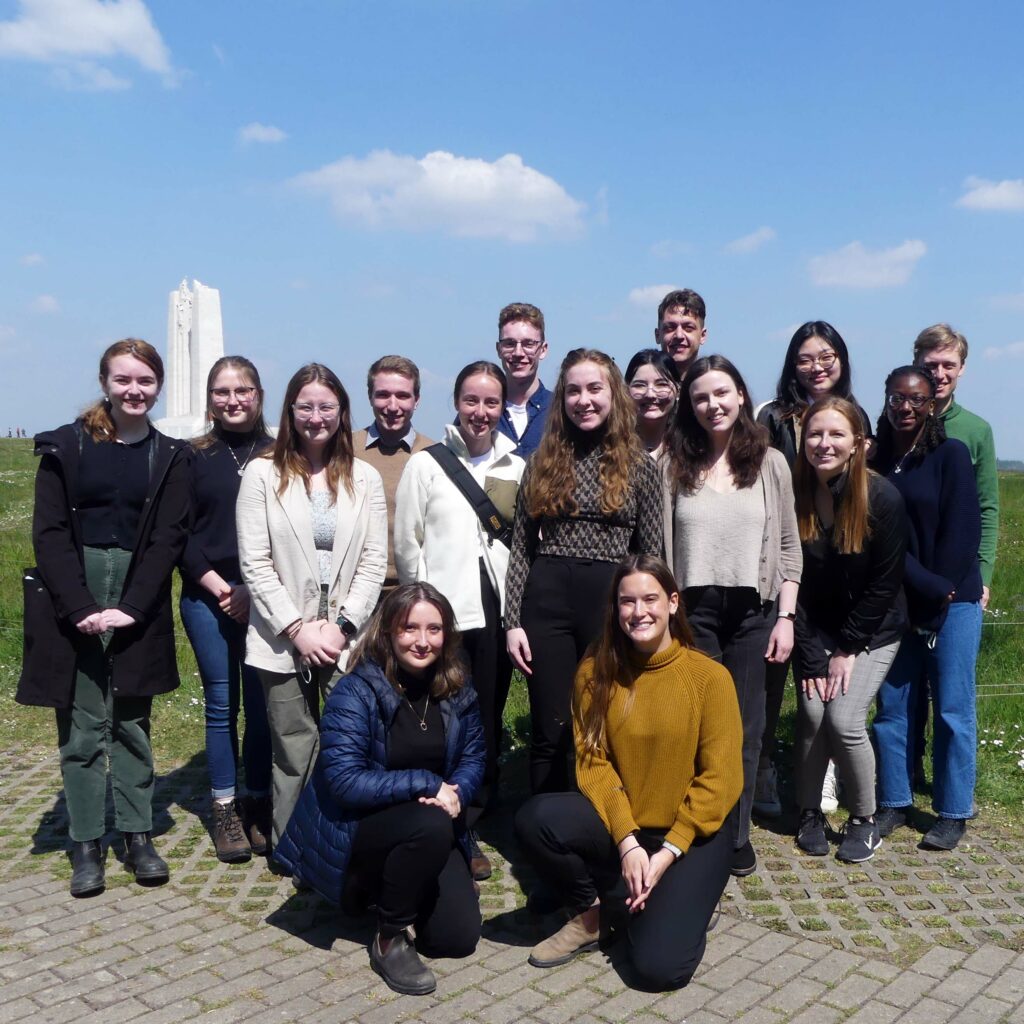 How time flies ! A new session started in May 2022. Sixteen guides were welcomed by our President, Phlippe Martin, during the traditional arrival lunch.A few days later, they were trained in order to manage our shop. Welcome to the new guides : Holly Lucier et Brunante Rastello (both of them had already come in 2019) […]

Ceremony at the Moroccan Division Monument , May 9th, 2022 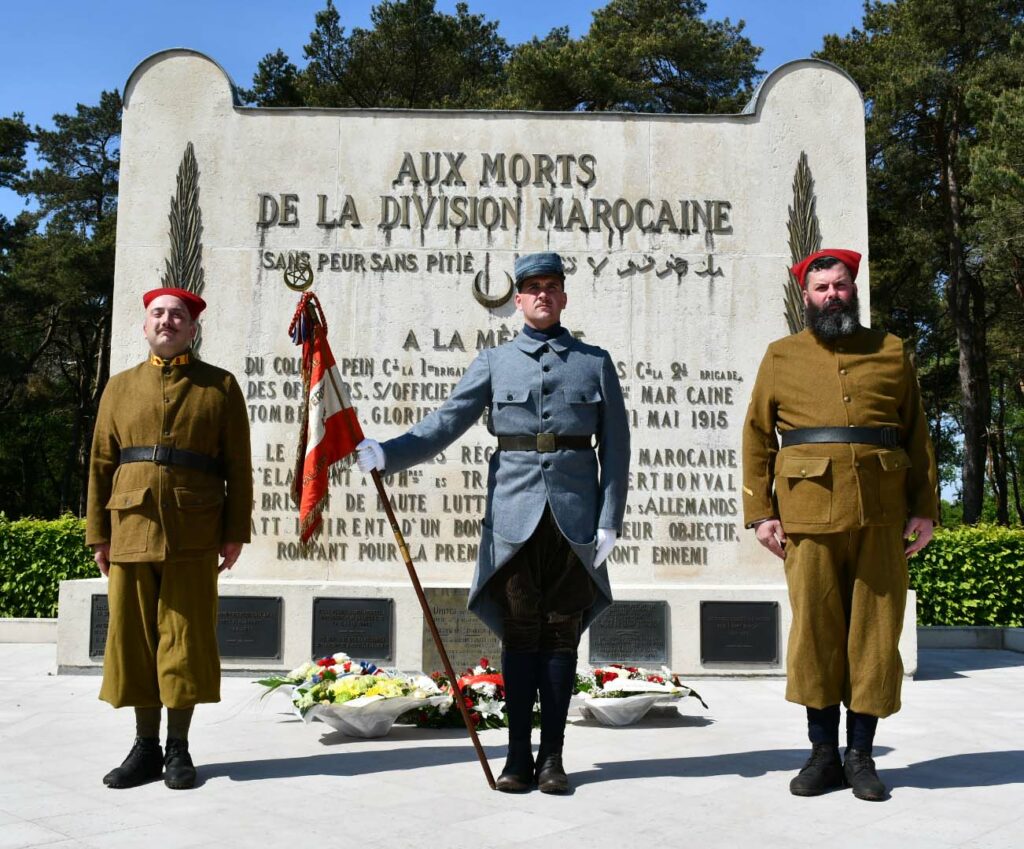 Our association took part in the ceremony commemorating the 107th anniversary of the capture of Hill 140 by the Moroccan Division (the hill is better known now in the region as Vimy Ridge) ; the ceremony was organized by the 162nd  section of the Military Medal recipients, located in Arras and surroundings. The ceremony took […]

The lambs in the park of the Canadian National Vimy Memorial 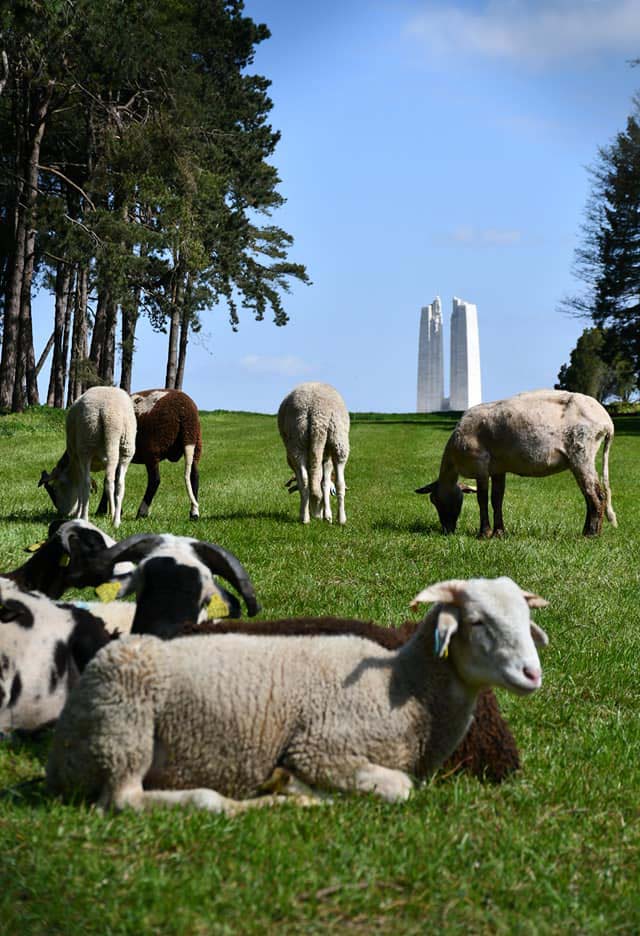 Here is a photo report by Jérémy Boudon, member of our association.The lambs are back in the park of the Canadian National Vimy Memorial.They are pampered by their mothers ewes ! Since 2001, a herd of up to 400 sheep have been used to maintain large areas of the battlefield terrain surrounding theMemorial. Their gentle […]